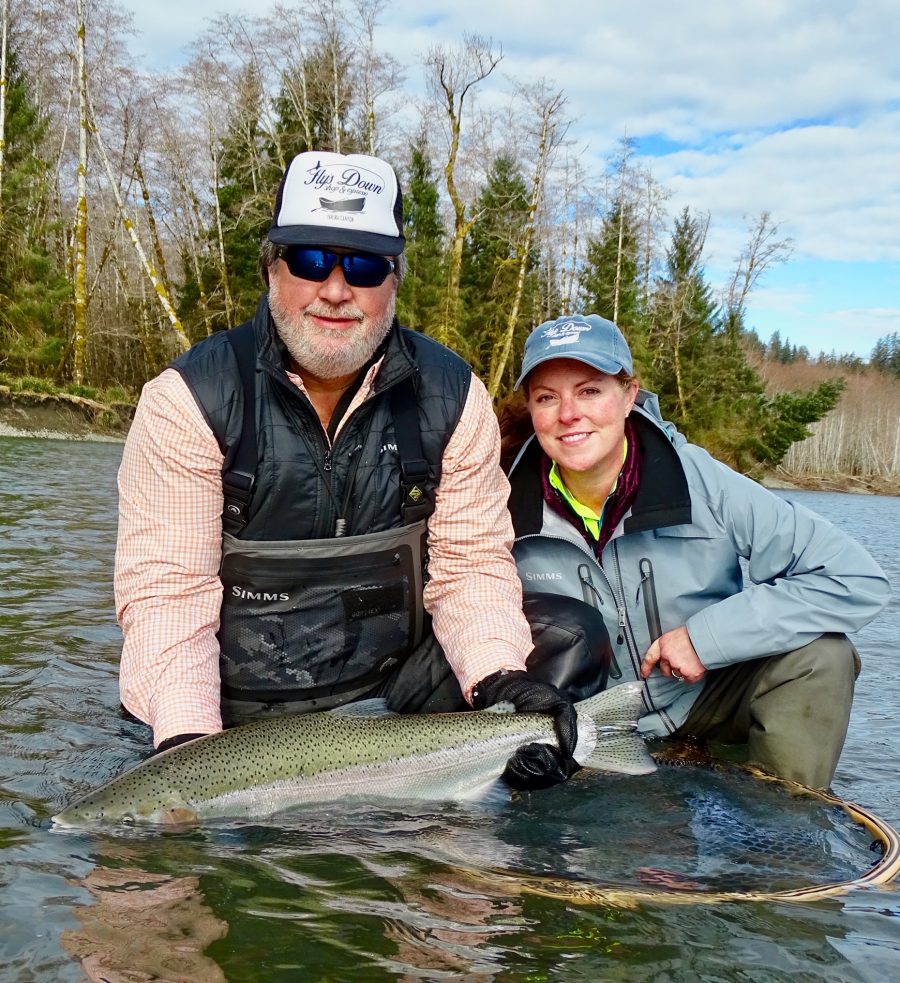 Garth Luke grew up fishing with his father and Grandfather at Henry’s Fork and the rivers and streams of Northern Utah and Idaho.  Throughout the last 25 years his passion for fly fishing has taken him around the world from Argentina, Chile, and South America to Alaska, Montana and Idaho, but you can usually find him with a two hand rod on the Klickitat and the Olympic Peninsula swinging for steelhead. He currently lives and swings flies for trout on the Yakima River in the Canyon

Kaia, Born in Montana and raised in Alaska, Kaia Halvorson spent much of her childhood fishing the Kenai River.  Catching a 40 pound chinook at the age of 8, this little Norwegian was hooked.  She was introduced to the sport of fly fishing by Garth Luke and quickly became a convert with a love for spey. Combined with her fishing heritage, you can often find them on the Yakima River swinging for trout or swinging for steelhead on the Klickitat and Olympic Peninsula of WA.

She has a lasting connection with the rivers of Alaska, Montana, and Henry’s Fork, ID, and is now fortunate to call Ellensburg, WA, home with the Yakima River in the canyon her backyard.