-> Eddie Bauer on the Upper Columbia

-> Catch Magazine on Olympic Peninsula with The Evening Hatch

-> Catch Magazine and ‘River of Life’

RIDE WITH CLYDE  In life their are some things that become iconic.  The Drake Magazine has done that and more. The magazine portray’s fly fishing culture at it’s best, and in the same breath, adds satire amid the roses. ‘Clyde’ (a 1972 Mercury Brougham) has traveled around to many locals since the Mercury’s rebith. Clyde got to hang out with us at The Steelhead Ranch and on the Klickitat river.  Not only does Clyde command the road, but the Brougham lends itself to a conversation or two!

->THE DRAKE MAGAZINE – The Quinault – by Trey Combs

In the past and over the years we have been featured in various publications including…. 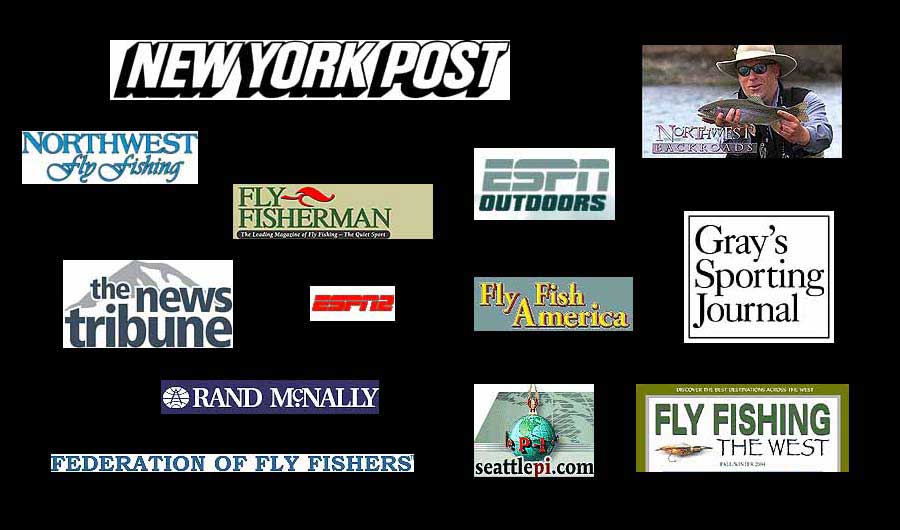