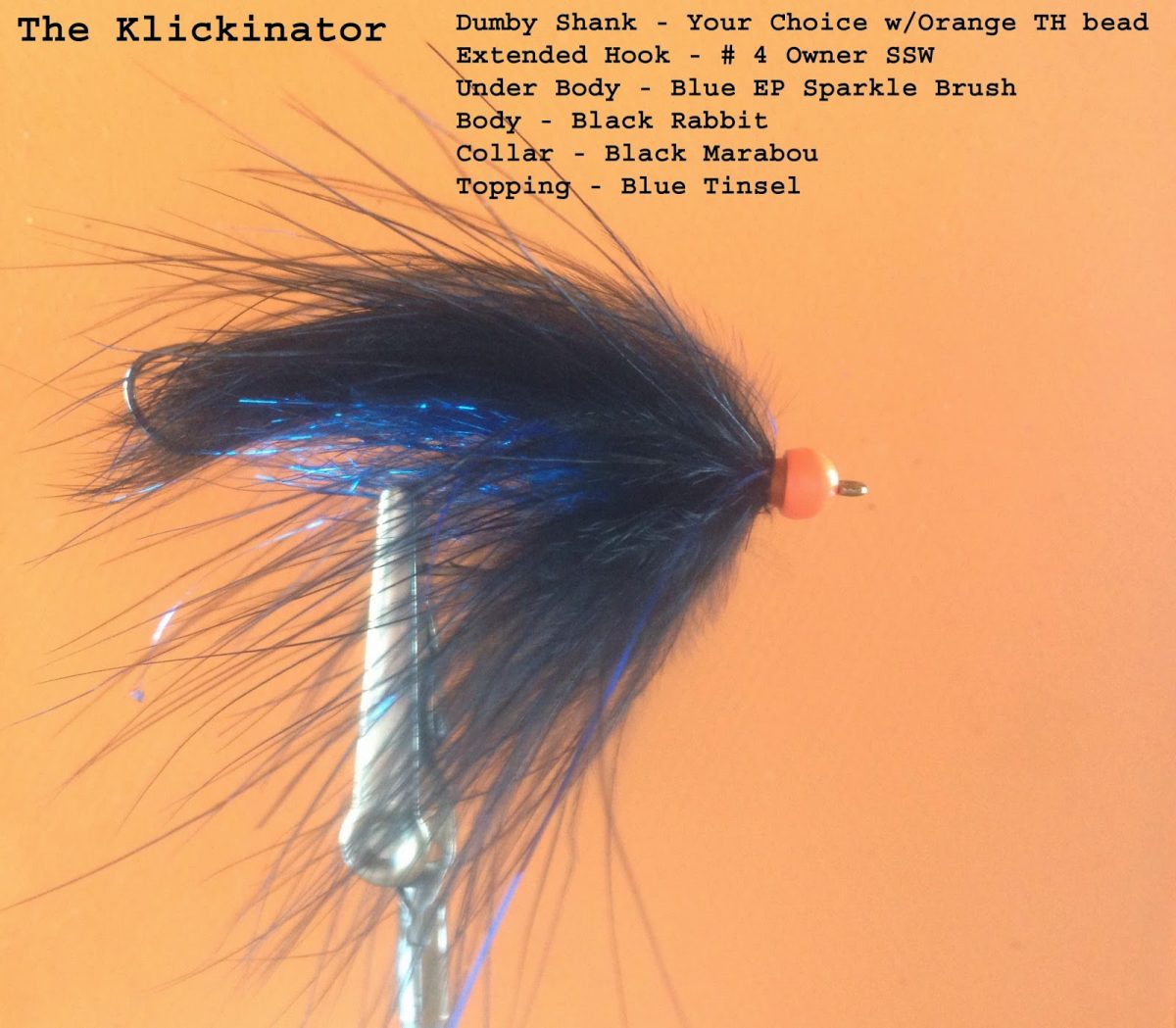 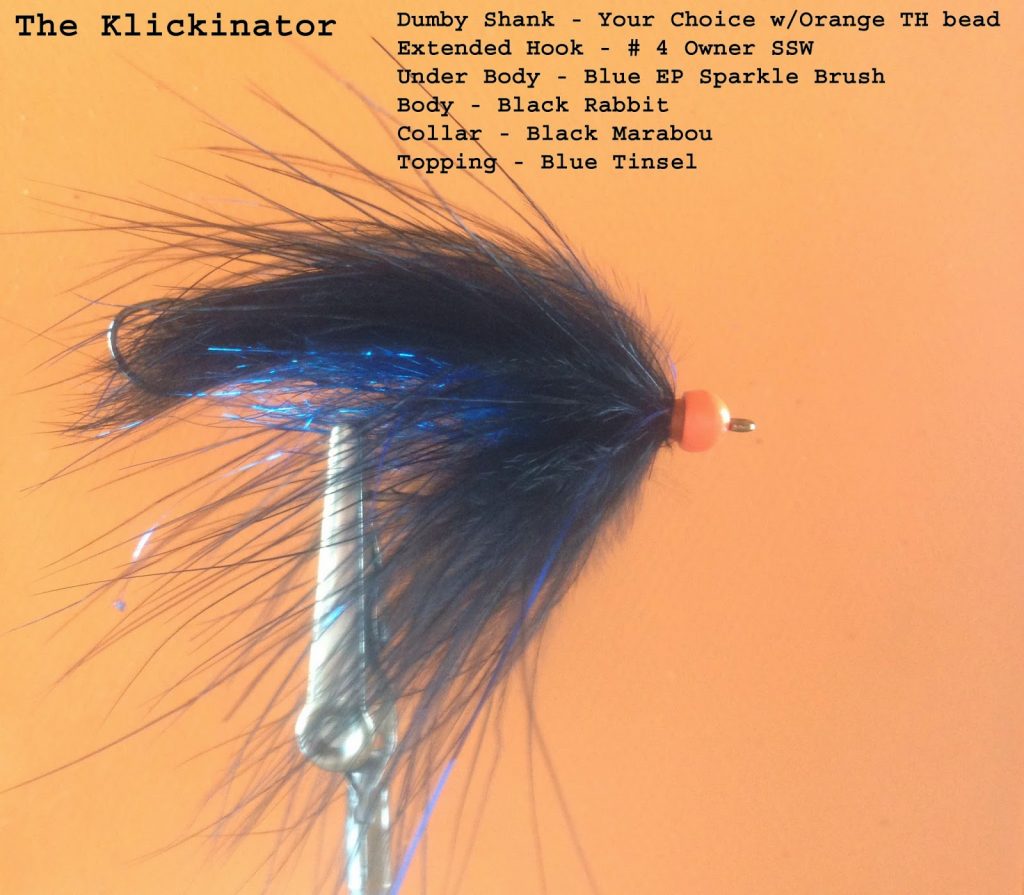 The Klickitat is fish gooood with both the nymph and the swing.  Best bug this last week fished on the swing is the featured photo – The Klickinator – A combination of Brian Silvey’s  ‘Silvinator’ and the ‘Bucket Bouncer’ by Jeff Cottrell.

Both the dry line and tips have produced.

Nymphing has been stellar as well utilizing various egg patterns, the bead and Stone nymphs….

The entire river is fishing good. The Stinson to Slide stretch has a complete blockage from a fallen tree.

We would not suggest trying to float under the tree.  The blockage is about 1/4 of the way down the float – Portage left and drag your boat around the hazard.

There is also a very tight spot about half way down that is located at one of the splits in the river. I watched a boat almost dump there the other day….  Be careful.  The river is lower than normal as well, making it difficult to navigate some spots.

In addition, just after the hole known as the ‘Morgan Hole’ (approximately 1/2 mile above the Little Klickitat confluence) is a split in the river – don’t go right – There is almost a full blockage there as well.