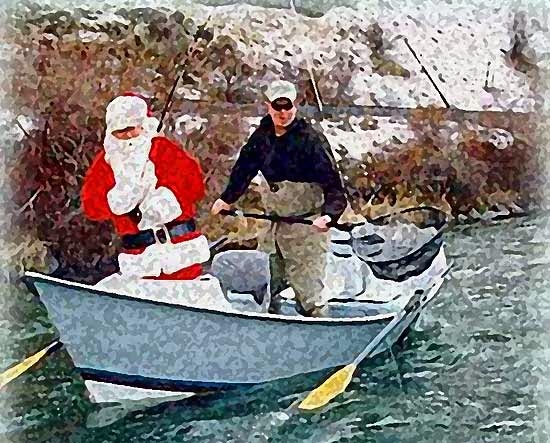 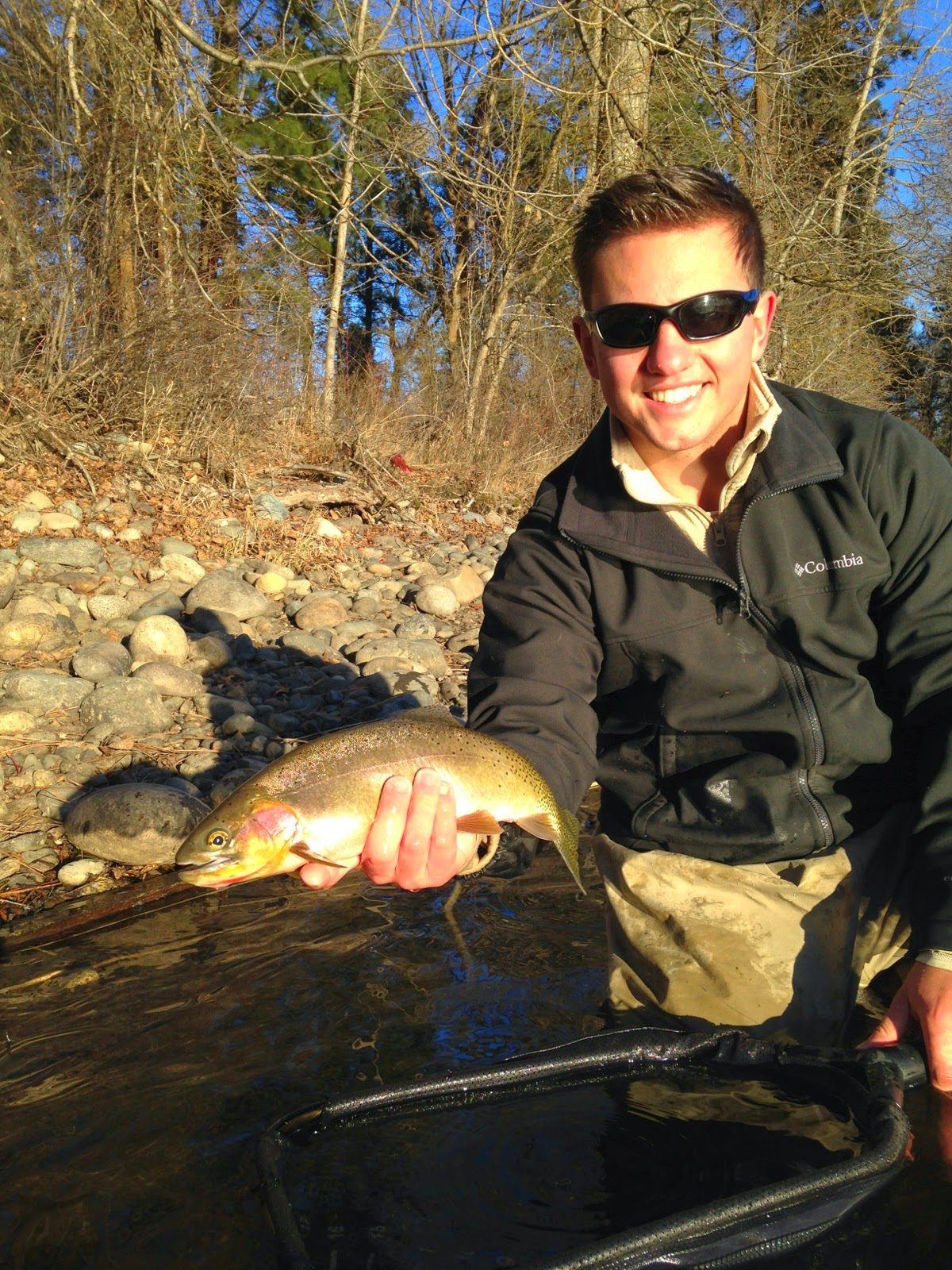 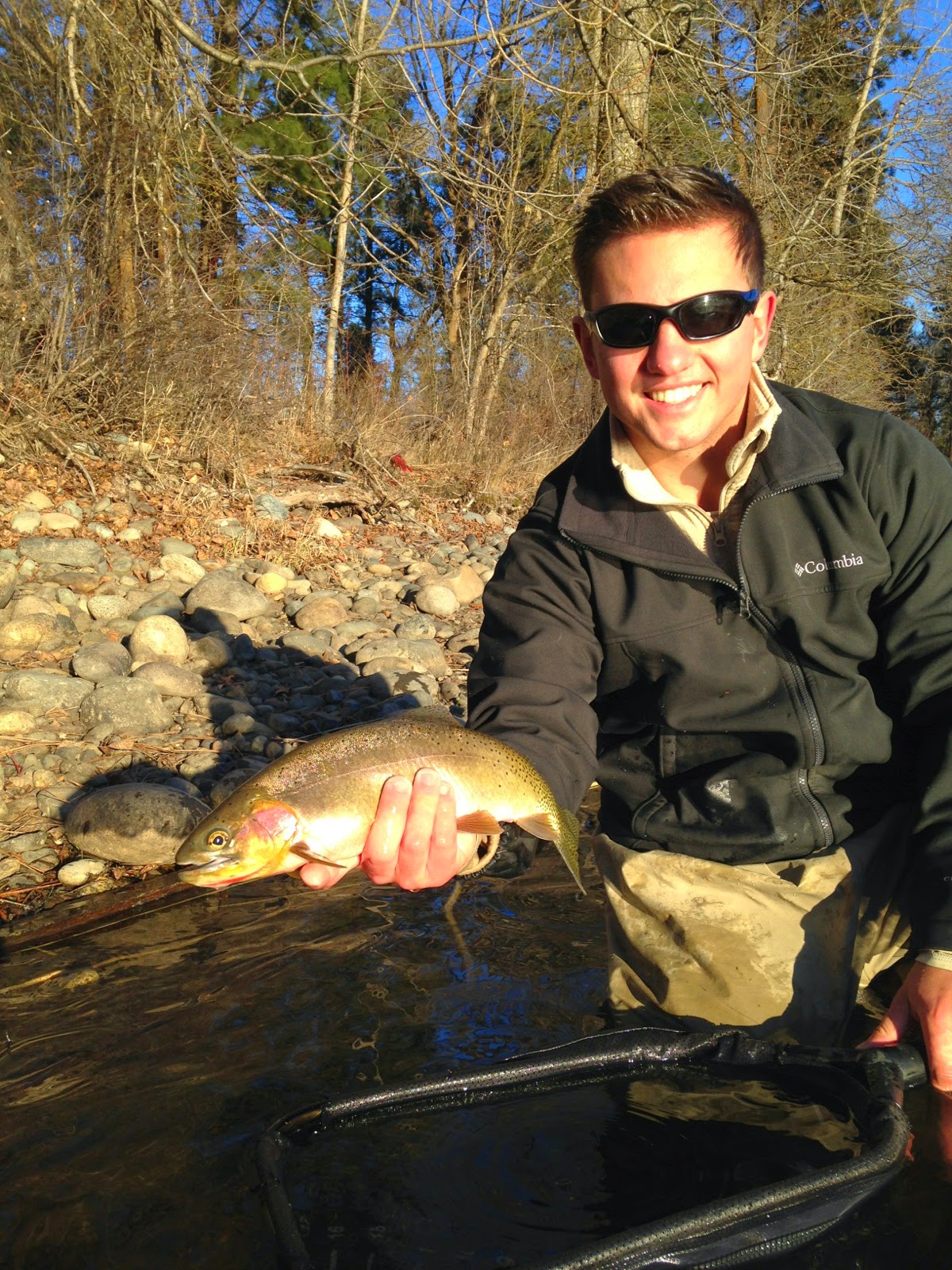 The fishing remains solid on the Yakima….From now until March 1 is the forgotten season; great  fishing and typically exceptional water conditions. Broken record for 20 years.

Recent photo from the Yakima…. 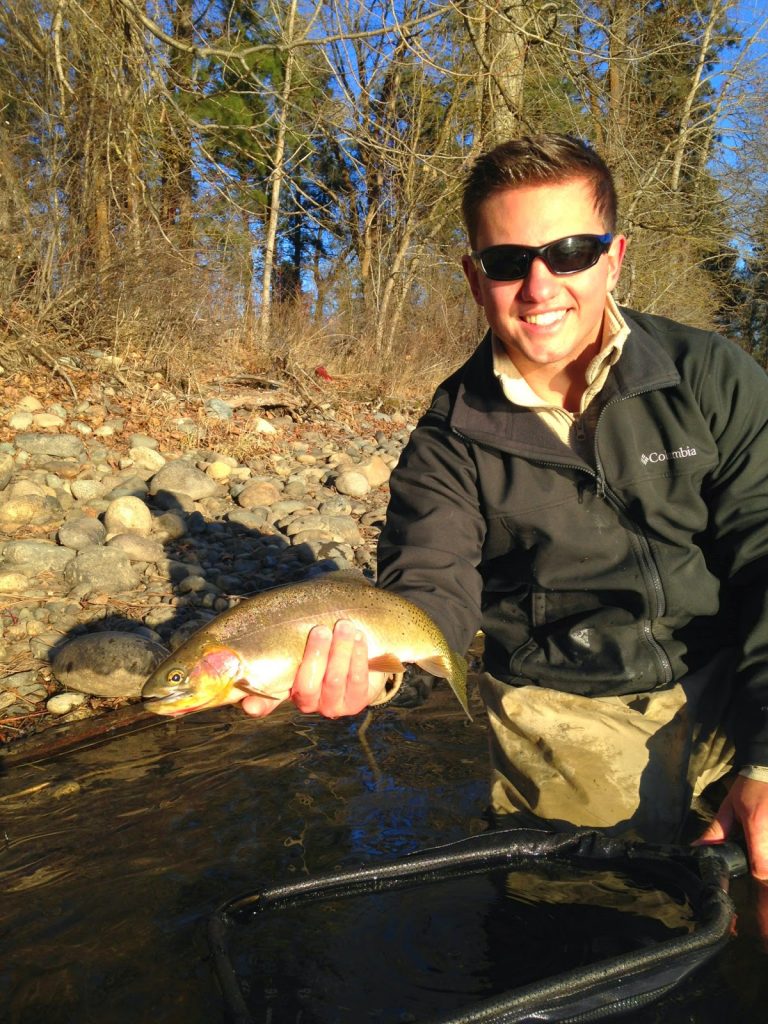 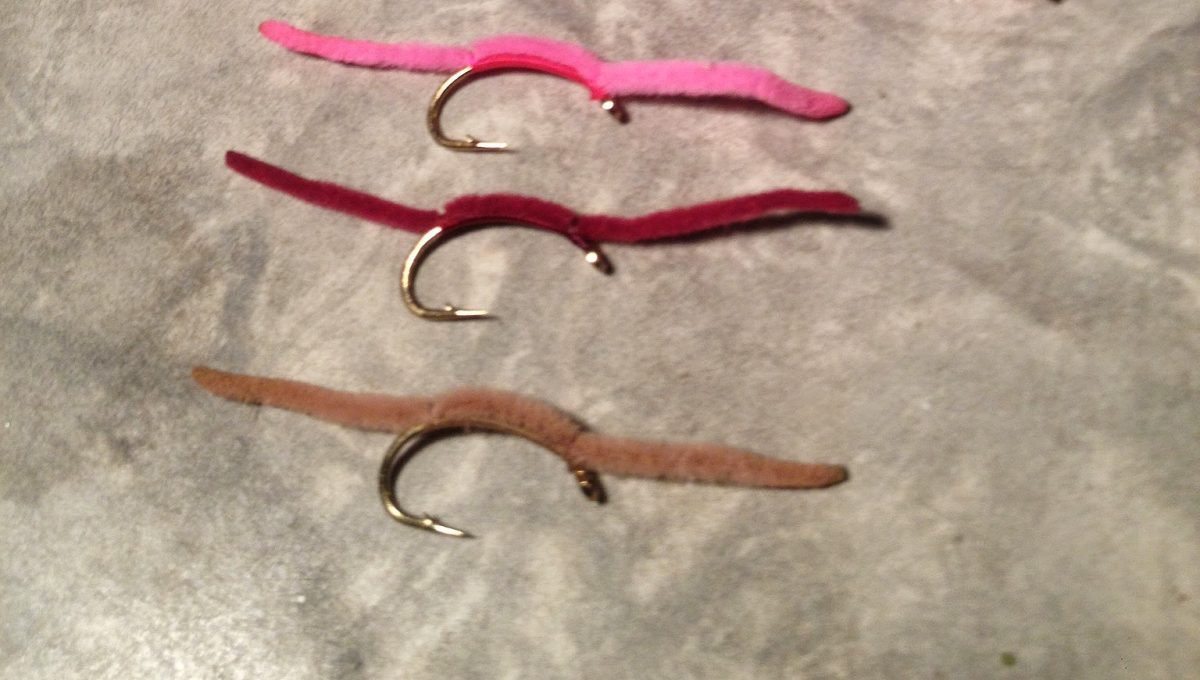 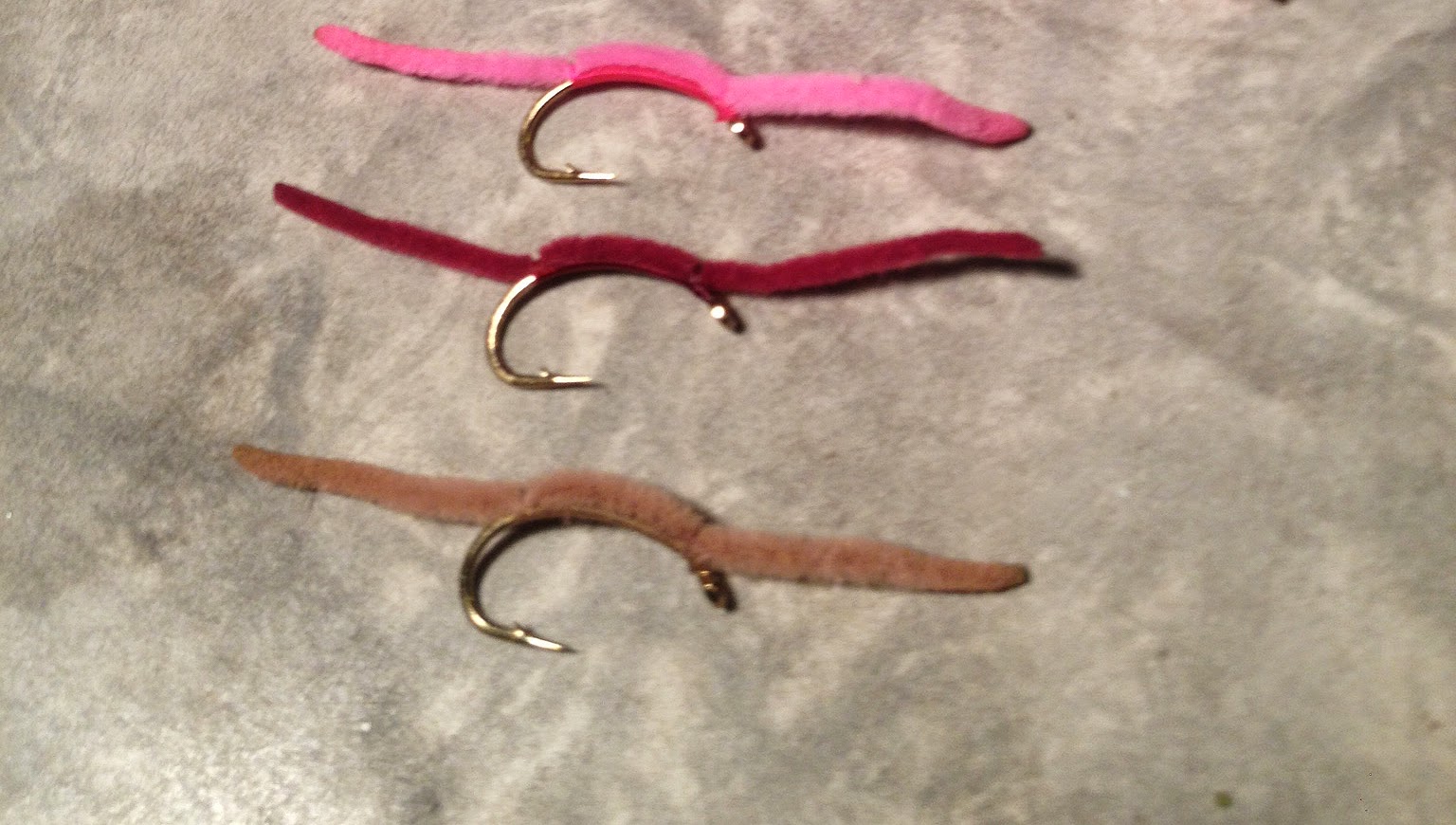 The fishing has been great lately.  Both the nymph and the streamer have been producing…..

Nymphing Stone Nymphs, Midge Larvae, Worms and general attractor nymphs have been the ticket when fishing under the bobbercator.
Patterns of the week include; 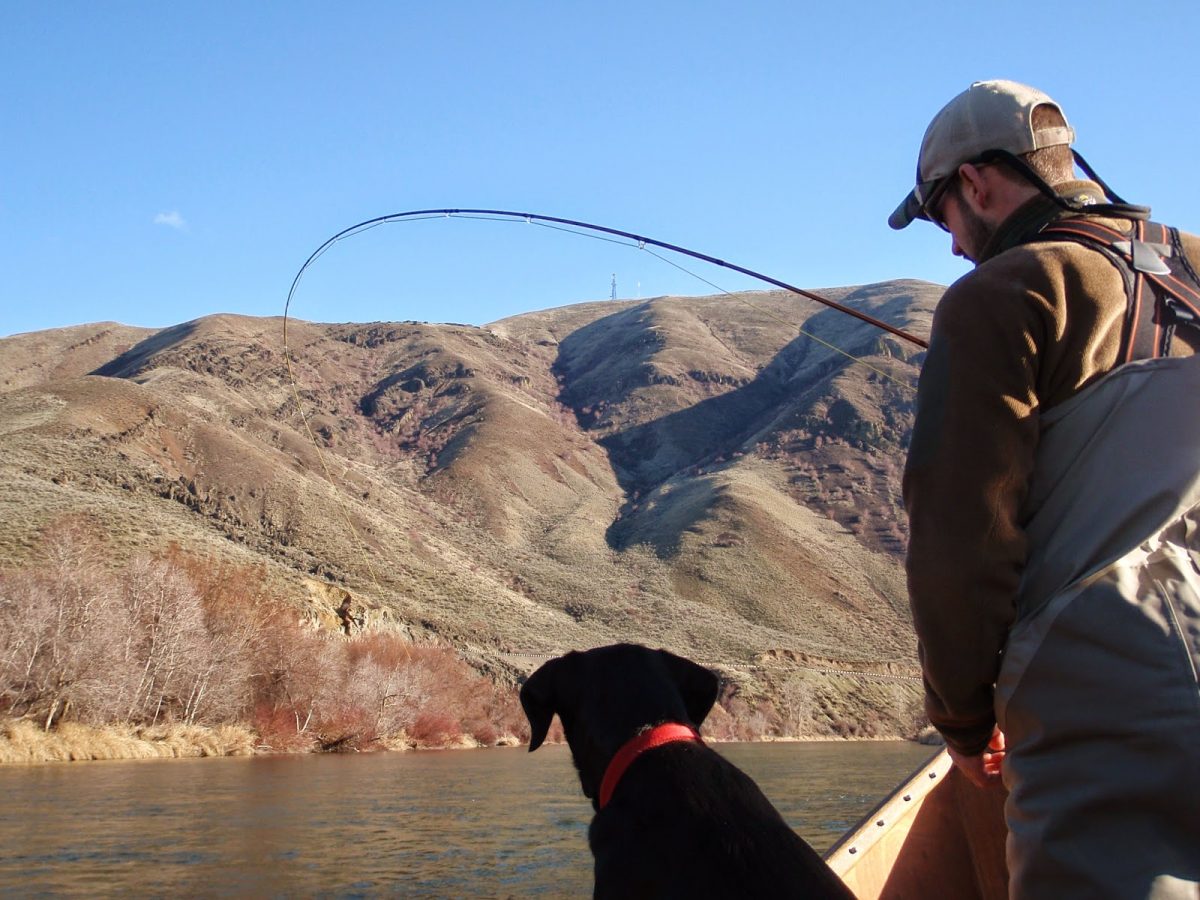 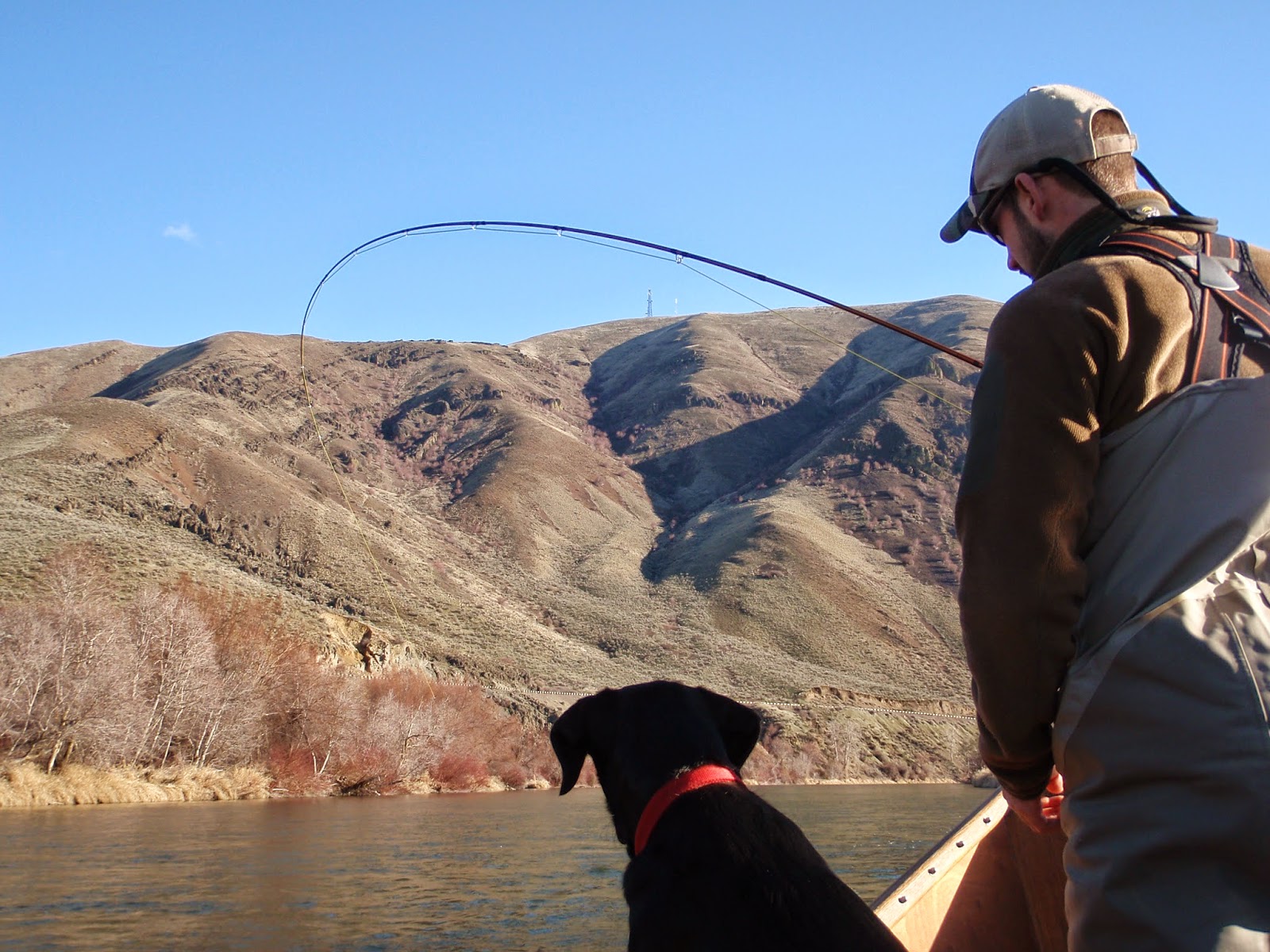 Plain and simple, the fishing on the Yakima during the Winter and early Spring can be incredible. Often times the river is low and clear and the fish tend to be ‘funneled’ and isolated to specific zones. Food sources are significantly less at this time of year so the trout and whitefish will target the available foods in the ‘feed me’ zones. Generally on the Yakima some of the best winter calories for the trout consist of Skwala Stone flies, Midge pupae and adults, Whitefish spawn (egg patterns), Caddis pupa and forage fish.

Typical ‘feed me’ zones can be described as defined drop-offs and slow downs following large riffles or less isolated waters such as long deep pools. Big broad open flats, riffles and pocket water with multiple current lines are inviting and intriguing but certainly not isolated . The trout are often ‘holed’ up at this time of year and will move with in that hole to ‘funnels’ zones. The fish are definitely more migratory within a zone during winter’s low volume and cold water season. Usual water temps for this time of year range from 35-40 degrees.

Let’s paint a picture here. 9am in the morning and the water temperature is 35 degrees. The midge activity is minimal. By about 11am the water temp has warmed up to 36 and the trout are starting to move up from the depths of ‘the hole’ toward the drop off that forms the hole. Feeding becomes more active as the midge pupae are hatching more regular and the trout target the pupae along with the eggs of the whitefish. (Whitefish spawn in the flat riffles of tail outs and the riffles at the heads of pools). The water temp peaks at 38 degrees and holds at that temperature from 1-2:30. The fish actively seek the aforementioned food sources combined with the occasional Skwala Stone nymph. The Skwala stonefly perpetuates with a two year life cycle and hatches in March+/- on most western streams, including the Yakima. Therefore, the most mature adult Skwala nymphs are active during the winter time as they are not far away from their emergence. (hatching). At about 3:30 the water temps start to drop usually and given the strength of the subsurface activity the trout may continue to feed or may settle back into the hole where they can conserve energy until the following day, eating here and there. Fishing streamers (forage fish) is a great technique at all times of the day in the winter. Utilizing the retrieve and the swing can both be very effective.  Sometimes, prior and post to the described days activity is optimal because the fish are not typically feeding hard, yet the calorie intake of a small fish is hard to pass up.

While every day is not exactly the same, the above description is representative of ‘Winter Fishing’.

When conditions align for optimal fishing, some of the best fishing/catching on the Yakima River can be in the Winter. Proper attire is essential as the water temps and air temps demand quality outdoor gear designed to cushion the elements.

Aside from the actual fishing, Winter brings a new perspective to rivers. The landscape is ‘pared to the bone’. The birds of prey are on the hunt. The Big Horn sheep are wintering in the Lower Canyon after a long and arduous rutting season. The most patient fisher of all, the Blue Heron, is present daily. Small herds of elk find refuge near the river bottom especially from Ellensburg upstream. Rarely is the river crowded; In fact, never. 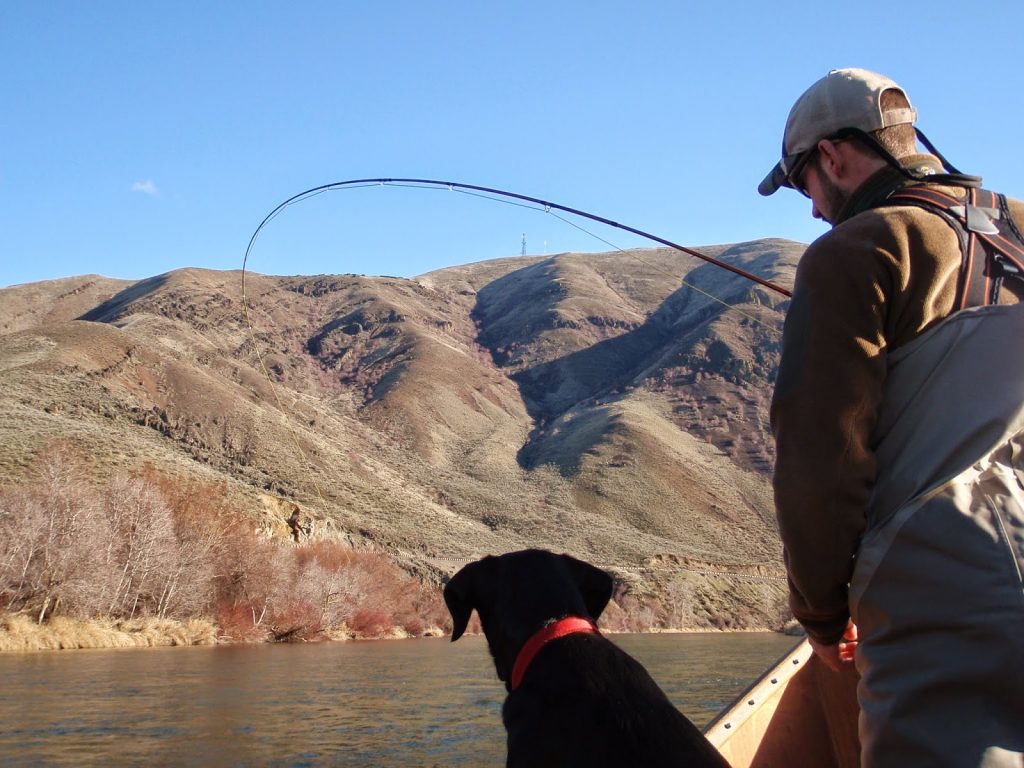 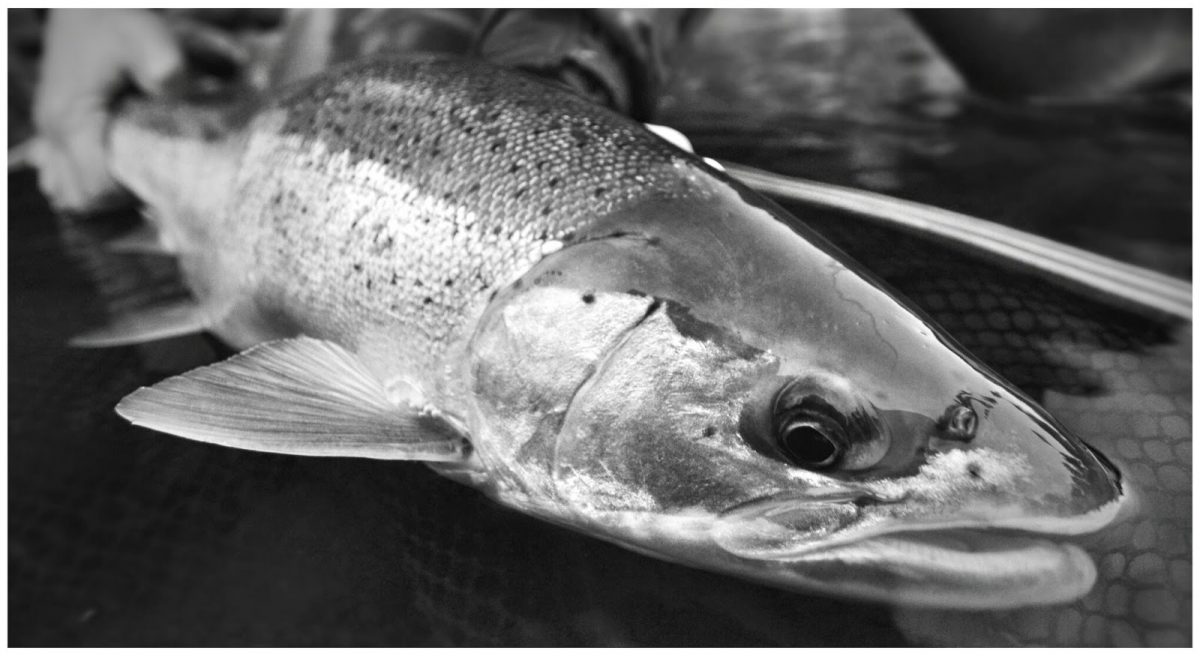 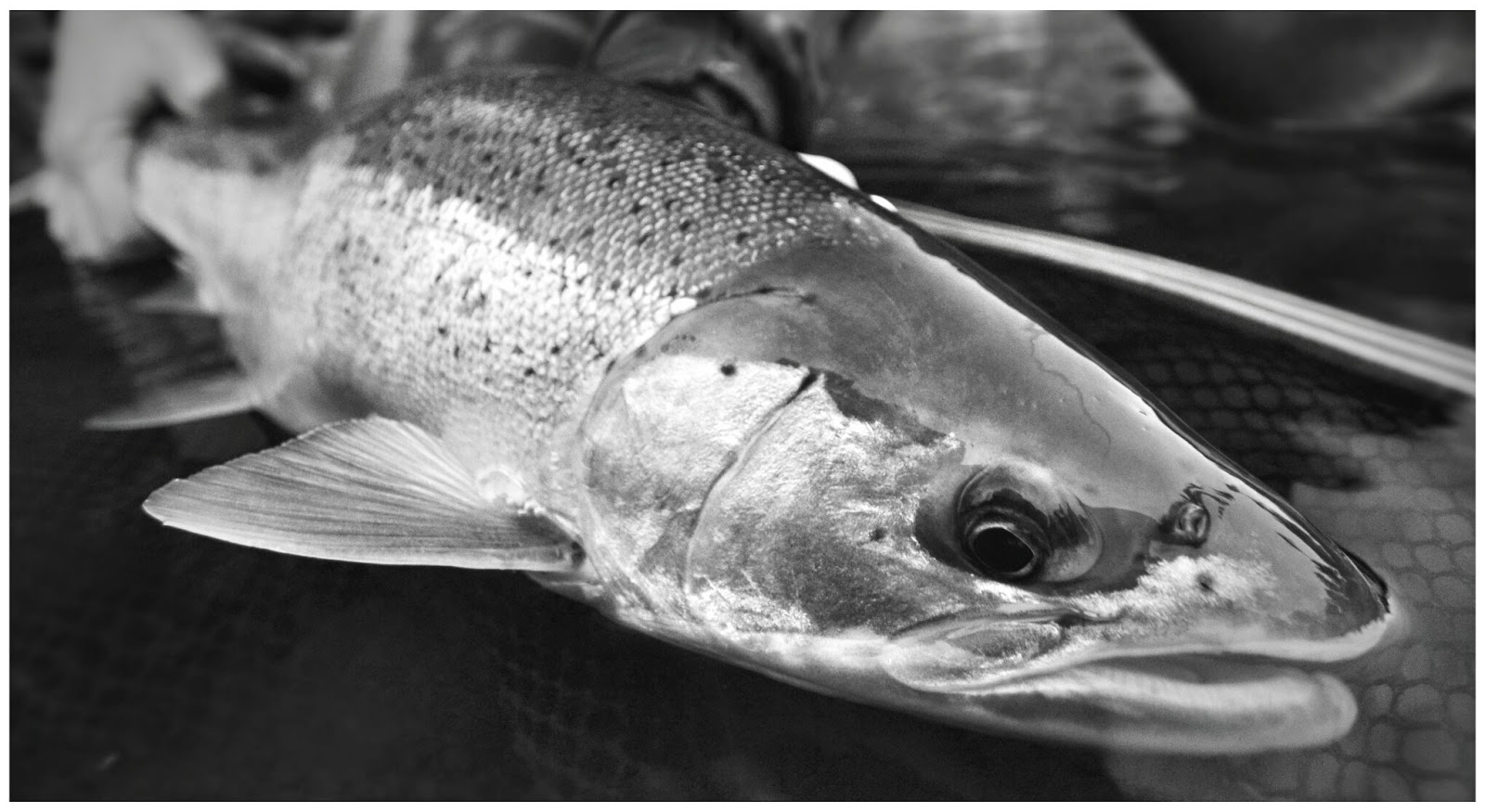 Winter steelhead fishing for early hatchery fish was worthy this past few days with some of the rivers dropping into shape.  Based on the forecast…many will be out for a period of time but this push of water we are receiving should bring LOTS of fish in.   If the summer run counts of 2014 are any indication of  what the upcoming winter numbers will be, we should be in for some good opportunity.

This is perfect winter fishing weather on the Yakima. The fishing has been good to great depending on the day. Streamers on the retrieve and swing has definitely been worthy.  In addition the nymphing has been consistent.

There have been some fish eating on the surface in isolated zones.  These fish can be duped by 10-14 foot leaders and #20 Paramidge adults and emergers.