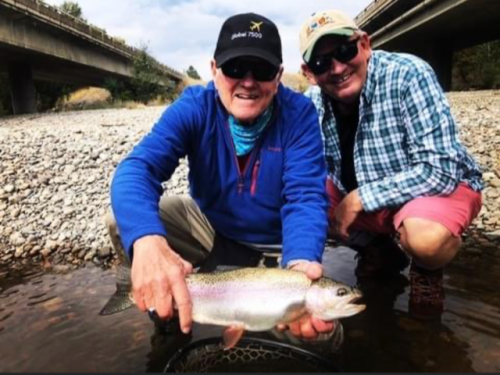 The Fall is Definitely considered the far and fine season on the Yakima as with many other rivers. Water is in great shape overall.  All stretches of the river are fishing worthy.  Float distances should be less than the previous summer season unless your only focus is streamer fishing from the boat. If that is your focus, covering likely water looking for the aggressive meat eater is an option.

If you plan on nymphing or fishing the dry fly then slow down your approach.  Blind dry fly fishing/ searching with a dry is generally less productive in the fall then the summers. It can be worthy especially during the heat of the day when the bugs are hatching.

With the exception of a sub surface October Caddis the nymphs as a general rule are size 16-20 for Fall fishing.

Predominant bugs in the fall and lately include

Salmon Spawn is definitely over in the upper river.  However, Nymphing eggs can still be productive.  In addition an egg sucking leach or smolt pattern can be effective as well. 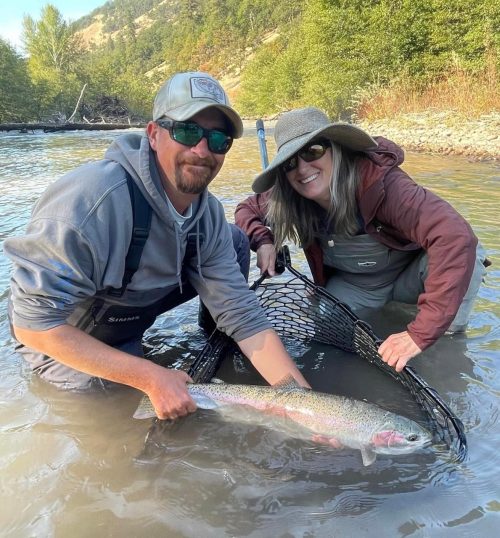 The season started out with a bang for us and the catching has been a little less lately.  The clarity has been an issue based on the “Big Muddy’ creek not being diverted into irrigation.  The unseasonably warm October other wise known as AUGTOBER until recently has made  the clarity a bit of a challenge. Regardless, there are more fish in the system then the past few years but should not be compared to 10 years ago which had numbers of 3 times as many. 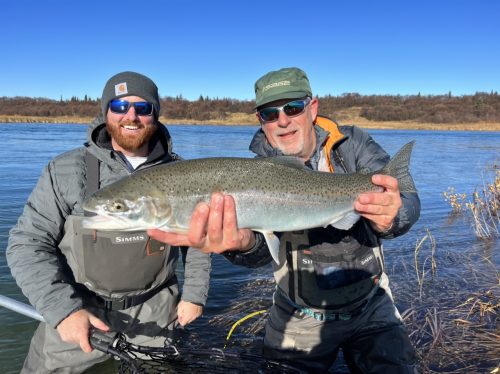 We just finished up our Fall fall swing season on the Kvichak.  The river was extremely high but the catching was still good.  These fish are special and quite frankly happen to be the best fighting fish pound for pound I have ever experience in freshwater.  7 weights are the norm in both single hand and two hand rods.  These 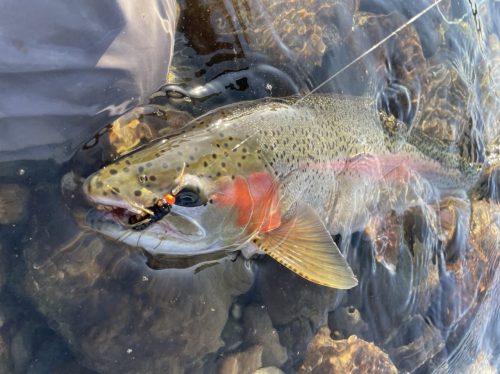 Our Fall season just came to a close at Black Bear Lodge.  The catching started out a little slow but ended gooood. Techniques vary on the river including the dry fly, nymph and swing.

While numbers are rarely the feature….There are some amazing trout and this fall showed us a couple. There are still fish to be caught up there currently but the predictability gets less than we like.

We are currently reserving for the 23 season.  Let us know if we can get you down on the calendar!