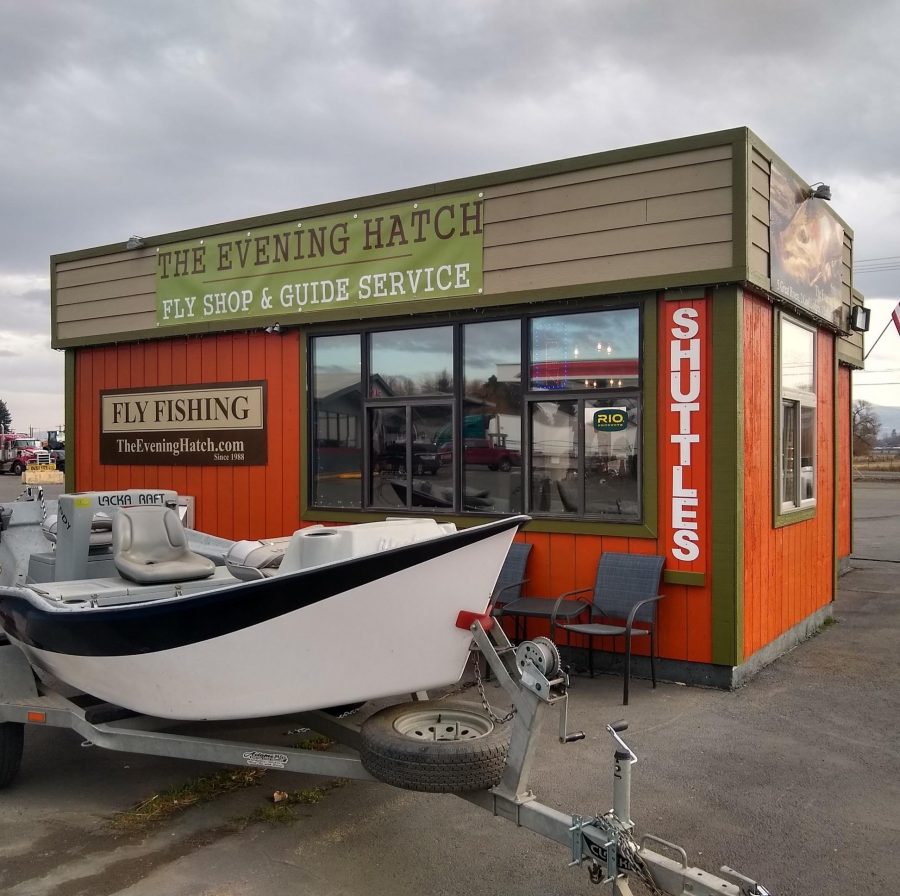 Let’s get back to ‘Normal’ and currently  being referenced as the ‘New Normal’  where fluidity won’t be as simple.

If above is the case….*’Hydrotherapy’ is in order and just around the corner.

Water levels on the Yakima have been fluctuating and up quite a bit lately with the warmer weather and some of the precipitation. Between now and stabilization (somewhere in mid to late June) the river will be up and down based on run-off and dam releases. Ther is going to be some GREAT fishing in this time frame…There is also going to be some tough fishing

We know your time is valuable. In addition, with the Covid restrictions we have opened our drive thru so those who are in a hurry and want to keep themselves isolated can pick up tackle with out leaving their vehicle.

We have protective plexiglass and a hand sanitizer station in store as well.

REPORTS PRIOR TO CLOSURE 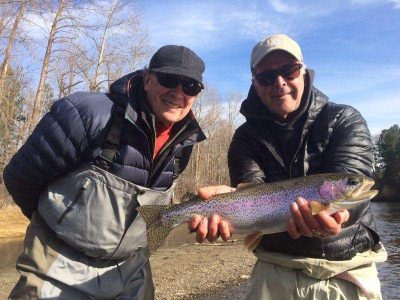 Assuming the river opens back up soon, the bugs of choice will include 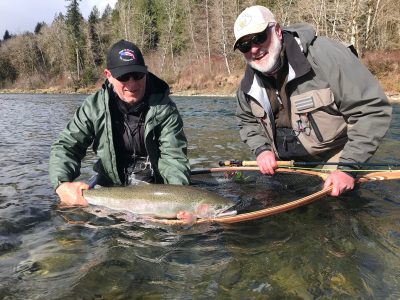 As things were getting shut down the Olympic Peninsula was getting a much needed freshet.   All said and done, the winter steelhead season was pretty good; just cut short. We look forward to next year…. FYI – We are currently 1/2 full for 2021 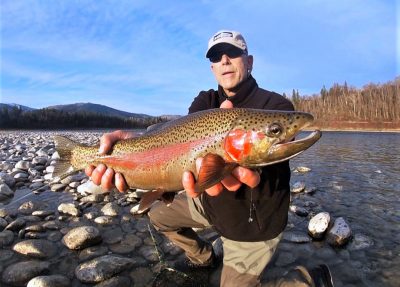 The river is in super shape and we are looking forward to our hatch season, just around the corner

Well,  who would have thought this pandemic and the state of affairs would be the case for us in 2020.   We hope all are fairing as best can be expected.  Some great people in our communties are lending a helping hand where needed;  That is America!     ‘We are our brothers keepers’ an age old saying a good friend delights in quoting.  The humanatarian part if this debacle is refreshing.  Sure, there is some of the opposite, but I prefer to focus on what is positive.  The old cliche, ‘This too shall pass’ comes to mind at this juncture and I think we all look forward to that time.

The govener just ordered the ‘stay in place’ until May 4 and along with that all river closed to fishing.

So with that,  our shop and lodging operations have been closed since the mandate and we are hunkering down as required and needed.

I did sneak out to swing a fly on a new river. I took my pop up camper and social distanced to a place I had never been which makes my river journeys near the 200 mark.  Rivers, they are the arteries of the earth and as with most of you, I have an affinity for them.

The two days were spent on a rugged river in southern Oregon with a high air temp of 57 degrees.  Possibly the most ‘wicked’ wading I have ever done. Beautiful country. After fishing, I followed the artery to its headwaters high in the Cascade mountains where there was at least 5 feet of snow on the ground and a ‘face on’ snow blizzard. 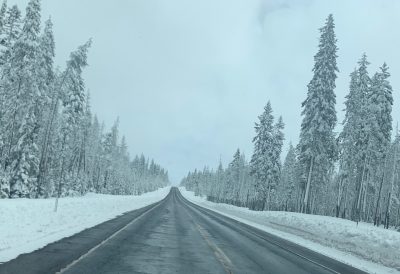 Nothing quite like being on or near the water. Food for the soul.

Oh I forgot to mention,  I fished a black and blue muddler, a 3 inch per second sinking leader behind a 45 foot head  on the old 7136 Sage Brownie. 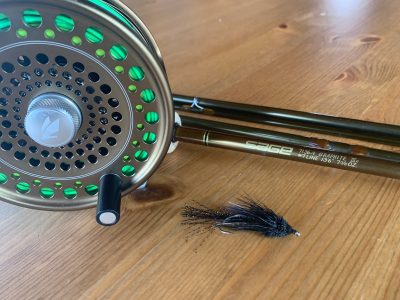 I tossed her at about 90 degrees across from me and then brought my tip to the downstream bank….No mends were made.   I was rewarded with 3 fish to hand and quite a few other grabs in the two days.   One particular fish I will never forget.  She was about 8 pounds, nickel bright for being 50 plus miles from the salt and she was in the air more than in the water.