Some are saying this is the best June on the Klickitat in a long time.  We haven’t been on it much.  But we will be soon :))  We have been very busy on the Upper Columbia and the Yakima.  The clarity of the river went by the wayside today due to MEGA rain up on the mountain…  We will keep you updated. 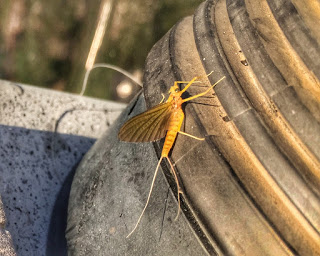 Upper Columbia
Fishing has improved from the last report. Green Drakes, Yellow Drakes, PMD’s and Caddis are the main fare.  Water is lower  than normal. Water temps are at 58 degrees;  which is great!

Kettle River
Water is in great condition.   Levels have held based on the cool June.  Water temps are at 58 degrees as well. Bugs include PMD’s, Yellow Sallies, Caddis, Grey Drakes. 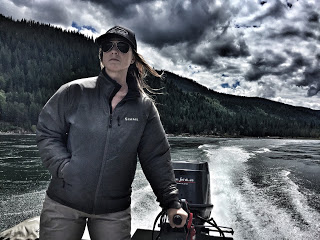 Little rough on the Upper Columbia  lately – Not sure what is going on.  Still have the same bugs from the last report; They just don’t seem to be eating frequently for us.

On the other hand,  The Yakima has been goood fishing.  Water is lower than normal so don’t get caught just fishing banks.  There are good numbers of fish on mid river drops etc….

PMD’s have been the predominant fare as of recently…As well as some Caddis.  Our Golden Stone’s have been over for a little while now but it’s cousin, the Summer Stonefly nymph is pretty active and the trout have been keying on them recently.  Our first Adult Summer Stones should appear around 3 weeks from now….The nymph is ‘game on’ now.

The river is in great shape.  The fishing with the indicator/ bobber  has been good.  The fishing has been good Nymphs of choice -Yarn, Jigs, GloBugs.
We have been busy on the Upper Columbia and Yakima recently and have not spent much time on the Klick yet, but we will!   Regardless,  Swung a couple runs yesterday with a 10′ 3 IPS sinking leader and a
*Skyomish Sunrise.   No real tugs.

*For years I observed an elderly gentleman, who walked with a cane,  fish a particular run often.  His trusted friend, a blonde Lab was always by his side.  The only fly he ever fished was a Skykomish Sunrise.  He was a matter of fact ‘Kinda Guy’, but figured if he had that much confidence in that pattern, so should I! 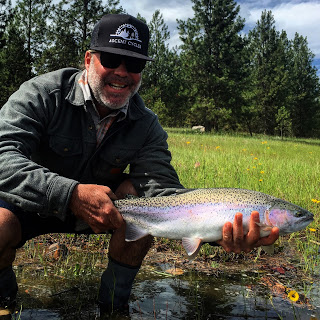 Both rivers have been producing well.  A combination of nymphs and dry flies has been the overall approach with some soft hackles swung here and there.

More about The Green Drake

Chasing Green Drake Hatches is a passion for many, as the infamous Drake is never predictable and always elusive. Yet if you catch it right on the Yakima or any other Western Stream it can be leg wobbling. Generally around the 52-54 degree mark, this big Mayfly crawler begins to emerge on the Yakima particularly from the Upper Canyon stretch West to Easton Dam. The Upper Columbia Drake  hatch is usually 2 weeks behind the Yakima.

Although I would not call the Green drake hatch prolific on the Yakima I would call the response from the trout memorable! Out of the month that the insect is hatching and available, 3 of those days will be awesome, 5-8 of those days will be great and the other days will vary from average at best, to good. Prior to the actual emergence a robust # 8-10 short shank nymph is a good bet…Attractor nymphs such as the Hares Ear, Prince and the like can be very effective. I have personally never found the need for the actual emerger such as the Quigly…as every time I have witnessed a hatch and trout feeding on drakes they have been keying in on the adults. However a Quigly would not be a bad bug to have in the arsenal.

As with many Spring Mayflies in the West, the actual hatch occurs from around 12 noon to 3pm and cloudy, non windy days are optimal. Adult pattern types include: extended body Para Drakes, Comparaduns and Standard Thorax ties. Great attractors include: Royal Wulffs, Royal Parachutes, Float and Fool, Grey Wulffs to name a few.

Upper Columbia Drakes tend to emerge in the last 2 hours of the day…..especially when  combined with bright, hot weather. 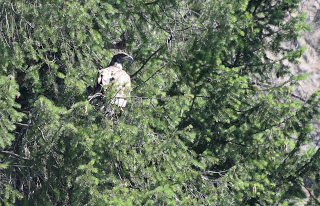 Cooler weather has been a relief and improved the fishing on most western streams.  This past heat wave had slowed things down a bit.

Flows on both the Yakima and Upper Columbia are lower than normal and have been so, for the past month.

Water temps on the Yakima are ranging between 50 and 58 degrees depending where you are in the system and at what time – Looking good.
Upper Columbia water temps are 56 degrees

This is a no nonsense report…..Gooood fishing in all the rivers listed;  The catching has been pretty good as well! Bugs for the;