Fishing on the Yakima can be up and down at any time of year.  if you look at the forecast,  most people would say that the next week would not look good for fishing.   However,  the next weeks forecast is perfect…….

Exactly what you want:)

Fishing has been wintery and reasonable.  Both tactics have proven worthy – both the nymph and the swing.

Just spent a few days with Mike and Larry from Michigan…. These boys could fish. 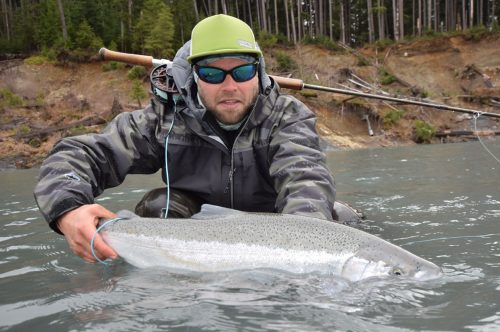 Best color of fly this past week….Pink
Best line……Intermediate Skagit with T-14

Definitely a wintery mix of weather on the Yakima.  Fishing as been average to  good with the Winter Staples as noted in the last report.  Some big trout have been caught lately.  Tis the season for the big boys.

Sculpzilla is a great choice for some streamer action;  Although there are a myriad of other patterns that prove effective. 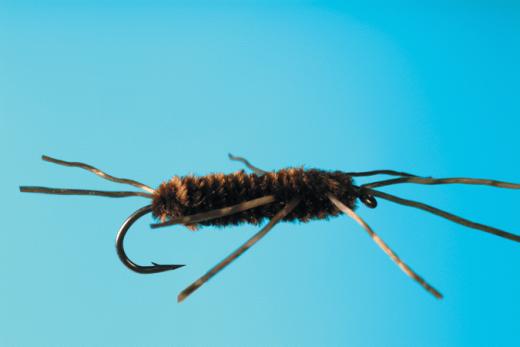 The Pats stone pictured above is a take-off on the old Girdle Bug.  When I first used this pattern on the Yakima in early 2003 it was AUTOMATIC.  At that time, we kept them ‘behind the counter’.  The pattern has become very popular and it still works.  The difference between it and the Girdle bug are the legs…. The Pat’s stone has very lifelike legs: Not just round rubber legs like the Girdle bug has. Sometimes,  taking a black marker pen to the legs and creating a variegated look can enhance the effectiveness.  Great pattern…But the Yakima is due for a new ‘ Pats Stone ‘ What will be the next hot fly?

I was told we don’t update enough… Well it appears that is the case as the last report was quite awhile ago. 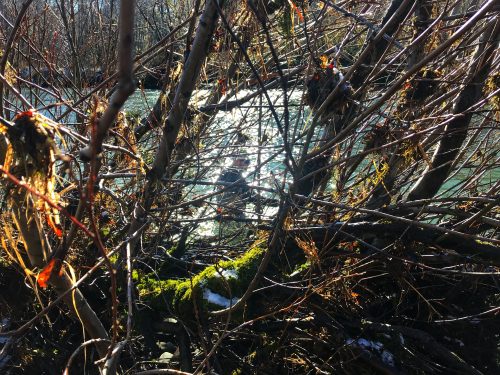 Winter Steelhead fishing has been all over the board, as per usual;  50 miles per hour gusts, sun, rain, snow!   You know what they say, an inch of rain a day helps keep the swing away.

All tactics have caught fish.  Yesterday’s fish came on a pale pink Squidro tied by Larry who came out from Michigan to catch some sea going Steelies. 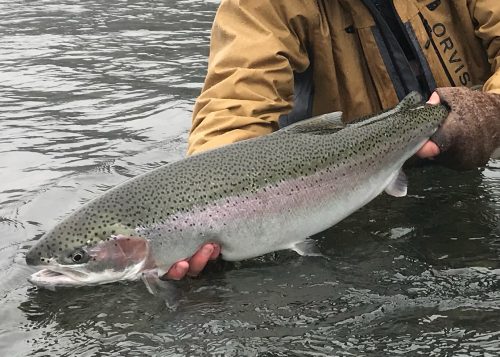 Some good to great fishing recently and also some tough fishing based on weather.  No adult Skwalas yet for us …..That doesn’t mean there haven’t been any. 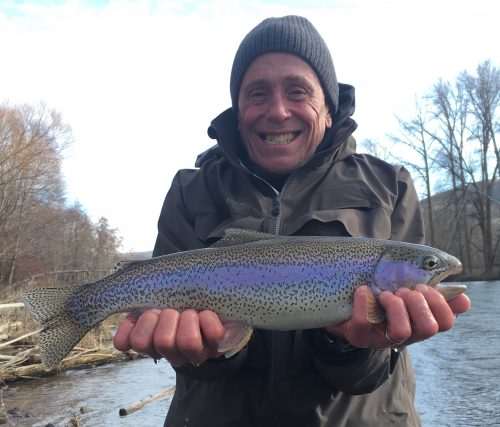 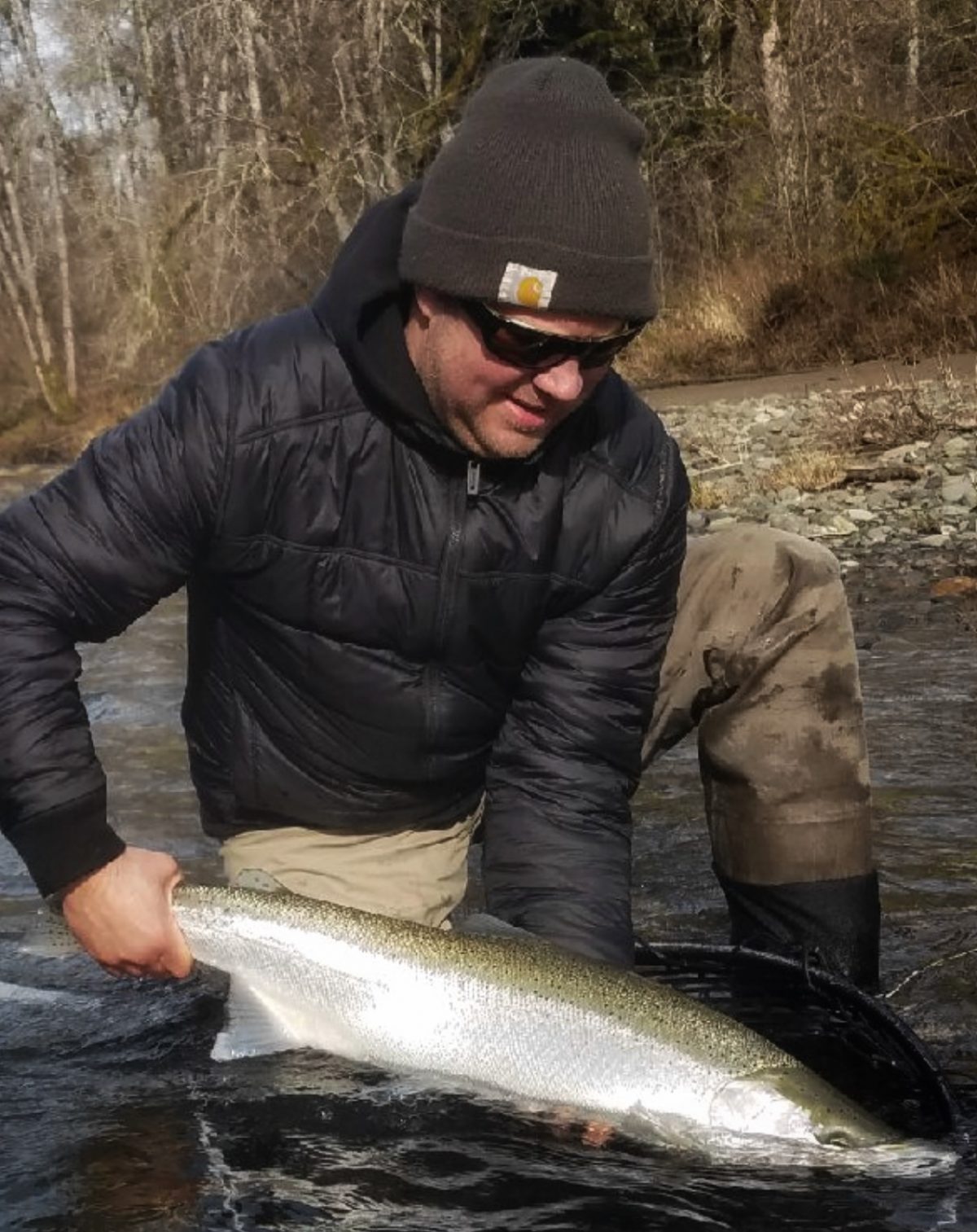 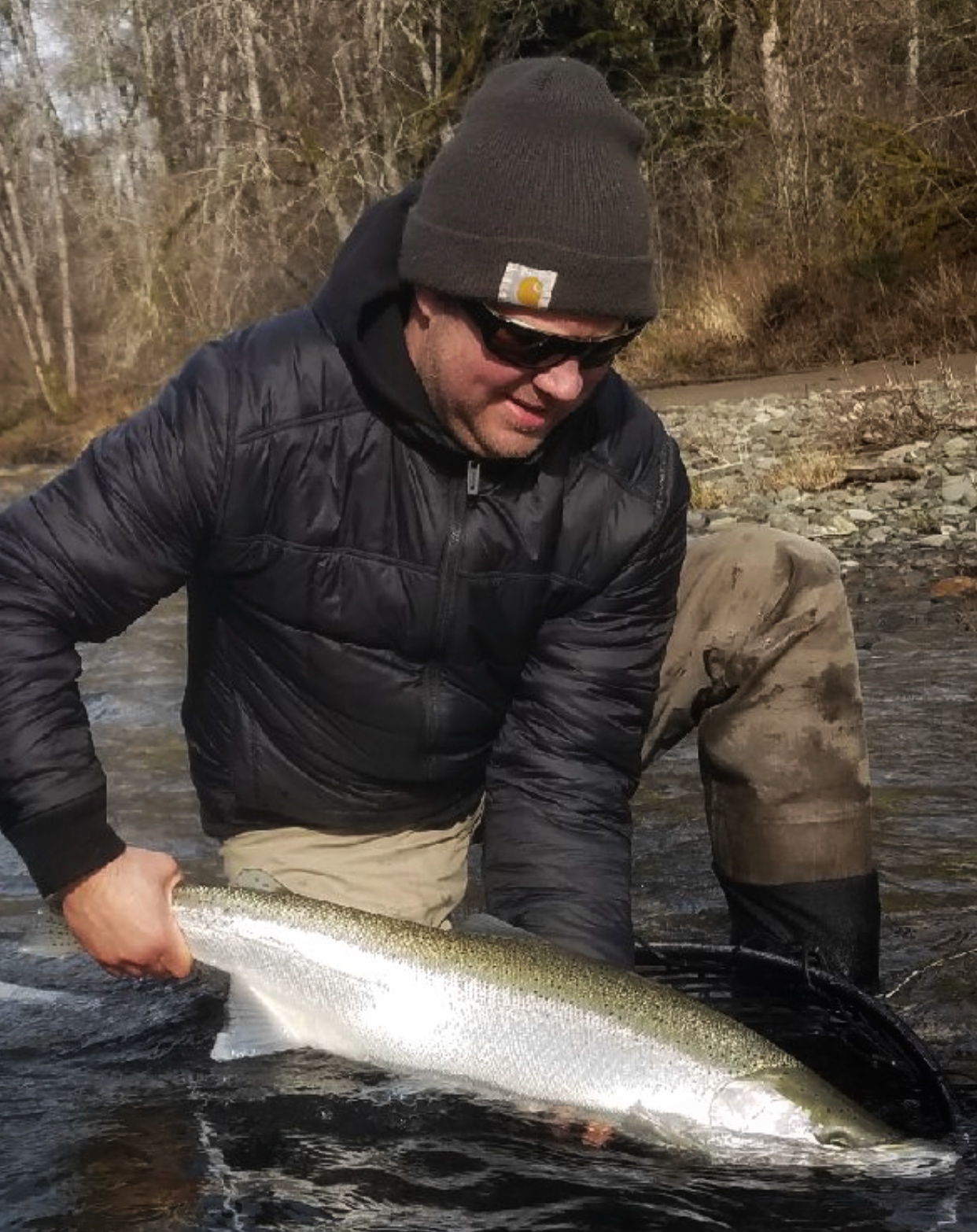 Waters are dropping and clearing ….. looking forward to the next occurrence.  Some nice fish around.  Does not appear to be big numbers. 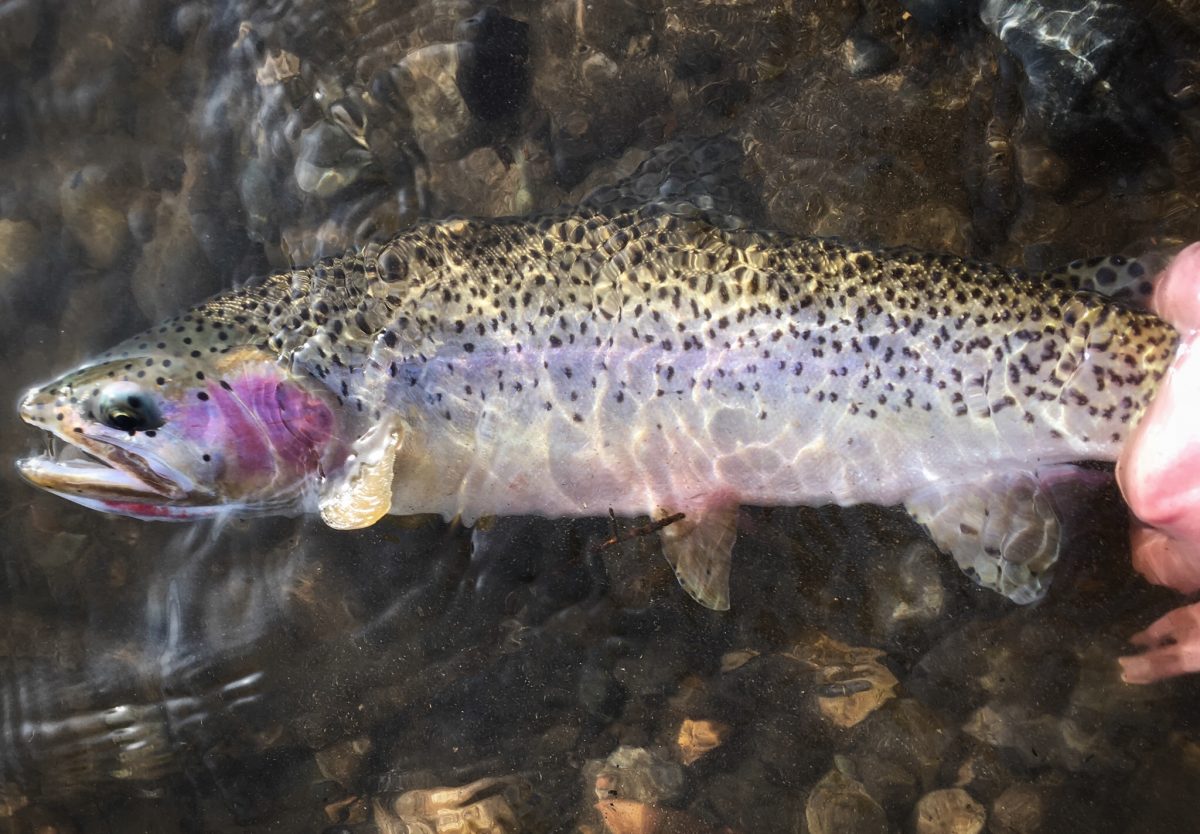 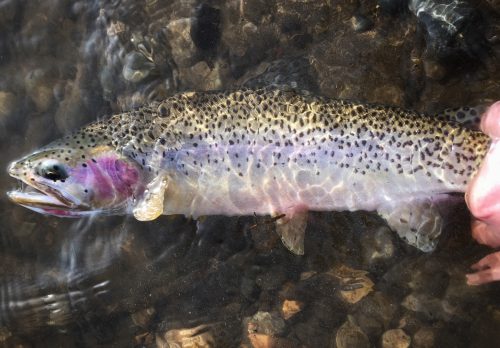 River is big but is dropping and clearing nicely.  Fishing is good. Perfect conditions for the ‘ Turd and a worm’ combo… AKA Stonefly and San Juan Worm.

Fishing was PDG this past week.  However the ‘way above normal’ temperatures combined with the wind definitely compromised the Yakima from the headwaters down….